Beyond Enlightenment? Towards a Conclusion

Slade Lectures 2019 - Islam and Image: Beyond Aniconism and Iconoclasm

Followed by questions and a discussion 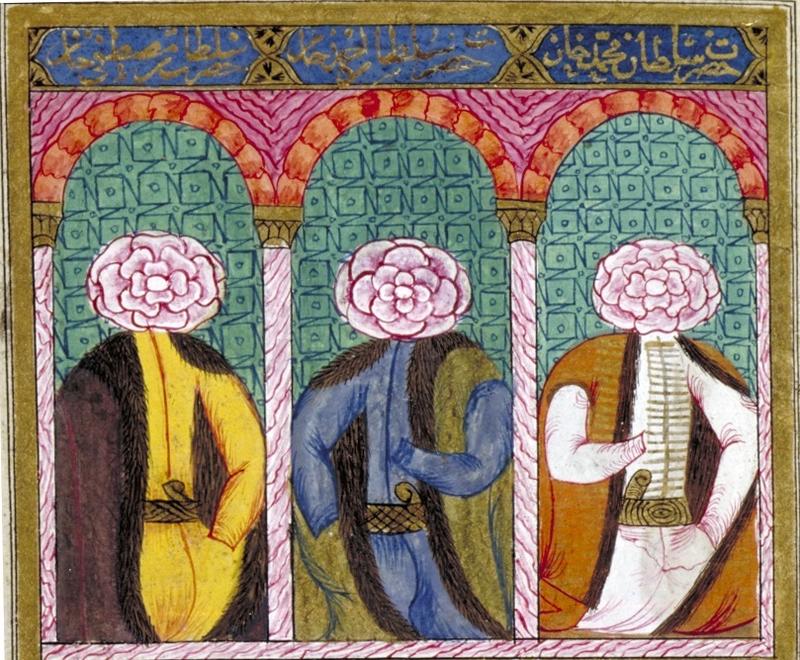 Three Ottoman sultans, from Tercüme-i Miftāḥ-i cifrü´l-cāmi‘ (The Translation of the Key to Esoteric Knowledge) © The Trustees of the Chester Beatty Library, Dublin

Islam and Image: Beyond Aniconism and Iconoclasm

16 January - The Making of an Image Problem
23 January - Mimesis and Magic: The Lives of Images Revisited
30 January - Regulating the Gaze in the Medieval Mosque
06 February - Economies of Imaging: Bowls, Baths and Bazaars
13 February - Grammars of Defacement: Censure and Redemption
20 February - Figuring for Piety: Strategies of Negotiation
27 February - Statue Histories: Iconoclasm as Anti-Colonialism
06 March - Beyond Enlightenment? Towards a Conclusion