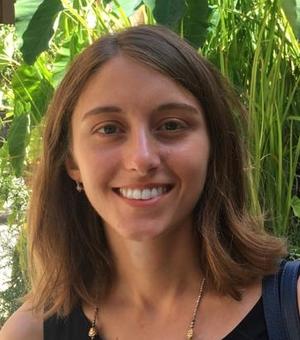 Costanza is Departmental Lecturer in Medieval and Renaissance Art History. Her research focuses on Gothic architecture in the late fifteenth and early sixteenth centuries, and on the coexistence, tension and transition between Gothic and Renaissance projects. She is particularly interested in the management and representation of buildings in accounts, letters, drawings, ornament prints and other media. In 2020–21 she will be teaching the first-year core course ‘Challenging Antiquities’, the second year option ‘Gothic Art through Medieval Eyes’ and the MSt ‘Gothic to Renaissance? Reframing Architecture in Europe and Beyond’.

Before coming to Oxford, Costanza studied Art History at the Courtauld Institute of Art. Her PhD thesis investigates Juan Guas (active 1453–1496), one of the leading architects of late medieval Spain. Collaboration and cross-regional exchange are central strands of this research, and they inform her current project, a book manuscript entitled Gothic Networks: Architecture in Fifteenth-Century Castile. With Sylvia Alvares Correa, she is editing a volume based on the conference Travelling Objects, Travelling People: Art and Artists of Late Medieval and Renaissance Iberia and Beyond, c. 1400–1550. Featuring contributors from six different countries and ranging from Sardinia to Madeira, Antwerp to Potosí, the collection refashions the geography and chronology of artistic exchange in the Iberian world in the Late Medieval and Renaissance period. Her book Building a Crossing Tower: A Design for Rouen Cathedral of 1516 (Paul Holberton, 2016), explores a newly discovered drawing of monumental scale, placing it in the context of architectural aspirations and conflicts in the northern French city of Rouen. She has also published articles and reviews in Quintana and The Burlington Magazine, among others.

Costanza is co-founder and co-convenor of the Maius Workshop, an interdisciplinary research group that brings together early career scholars interested in the arts and cultures of the Hispanic world (https://maiusworkshop.wordpress.com).