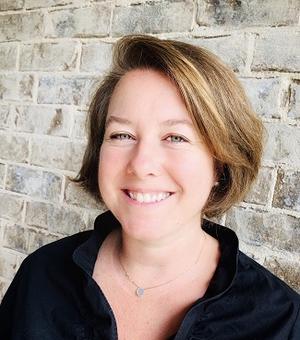 Emily C. Burns is an Associate Professor of Art History at Auburn University where she teaches courses on eighteenth- and nineteenth-century American, Native American, and European art history. Her publications include a book, Transnational Frontiers: the American West in France (University of Oklahoma Press, 2018), which analyzes appropriations of the American West in France in performance and visual and material culture in the tripartite international relationships between the United States, France, and the Lakota nation between 1867 and 1914, as well as journal articles, exhibition catalogue essays, and book chapters related to art and circulation, US artists in France, and American impressionism. She is currently completing a co-edited volume with Alice Price on global impressionisms entitled Mapping Impressionist Painting in Transnational Contexts (forthcoming from Routledge).

During her tenure as the Terra Foundation for American Art Visiting Professor in the Department of History of Art at the University of Oxford and a Visiting Fellow at Worcester College, Professor Burns will complete her second book, Performing Innocence: Cultural Belatedness and U.S. Art in fin-de-siècle Paris. This project analyzes an interwoven set of constructions of US belatedness in late nineteenth- and early twentieth-century France by analyzing artists’ letters and journals alongside visual and material culture including painting, photography, magazine and book illustrations, pottery, furniture, cultural performances, architectural spaces, and sculpture of the U.S. artists’ colony and tourist travel in Paris to show that Americans abroad enhanced a mythology that claimed cultural innocence in response to European expectations. She will also compile research for a future book on Anglo artists’ communities in Paris, focusing on interactions between US, British, and Australian artists.