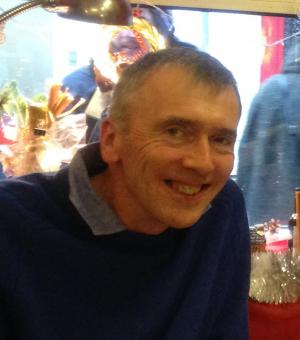 For the BA course Gervase teaches options including the classical tradition, medieval and Italian Renaissance art, and theoretical approaches to the subject.

His recent research has engaged with belief in the supernatural power of certain statues and pictures. This has been published as a book, written jointly with Jane Garnett: Spectacular Miracles: Transforming Images in Italy from the Renaissance to the Present (London: Reaktion Books, 2013). His recent and current work on Italian painting between 1300 and 1500 engages with Dante and sight; the early 14th century Sienese painter Duccio; and the later 15th century Sicilian painter Antonello da Messina. He also works on medieval guilds and fraternities, about which he is preparing a forthcoming book.

For the Master’s course in the History of Art he teaches a regular option on Gothic art. For this course he also contributes to the theoretical seminar.

Recent and current doctoral students supervised by Gervase have worked on: Painters in the circle of Leonardo da Vinci, beauty and the body; the imagery of dance in medieval Italy; the Adriatic as a site of cultural exchange in the fourteenth century; image and text in devotional manuscripts in northern Italy around 1400; images in early French printed editions of the Romance of the Rose; violence in thirteenth-century France; a comparative study of revolts in Italian and Flemish cities c.1350-1450. He would be glad to continue to receive proposals for research in similar areas.

Gothic: Artistic Originality and the Transmission of Style in Medieval Art